Chat with us, powered by LiveChat
Top Posts
Basic Ukulele Chords Everyone Should Know
Which Ukulele String Is the Thickest?
How Ukulele and Guitar Are Different
Ukulele Keys And How To Understand...
Are Ukulele Strings Metal or Plastic?
Ukulele Jam Sessions!
Is the Ukulele Easier than the...
How to start playing your Ukulele...
10 Ukulele Icons You Should Know...
The Ukulele is Easy to Learn!
Home UkuleleNews Is the Ukulele from Hawaii?
News

Is the Ukulele from Hawaii?

The myth is solved! 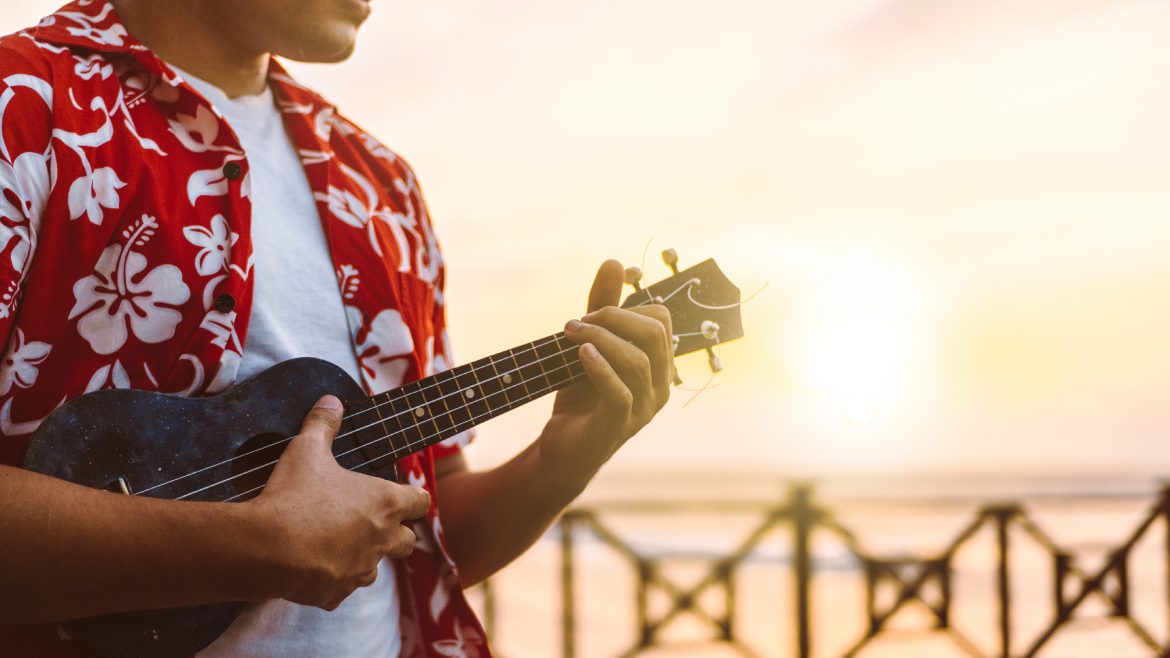 When most people think of the ukulele, they immediately think of the white sandy beaches of Hawaii, pineapples, volcanoes, and Hula dancers. Of all those things, the pineapple and the ukulele share a common history: neither one is actually from Hawaii. The truth is sometimes stranger than fiction, and the origins of the ukulele can historically be traced back to the Madeira islands of Portugal.

You might be wondering, why were the Portuguese immigrants there in Hawaii in the first place? Is the ukulele the same instrument as the Portuguese machete? As with any great historical event, the truth can have many layers, so let’s take a look at how the ukulele came to be and learn more about the origins of this amazing and versatile little instrument.

On August 23, 1879, the clipper ship Ravenscrag, flying under the flag of the British, arrived in Hawaii with 419 passengers from the island of Madeira, bound for a new life on the sugar plantations. With them, there were a handful of instrument makers among the laborers who had brought with them some of the instruments from their country of Portugal. But what else was happening in the world in 1879? Just to give you an idea… 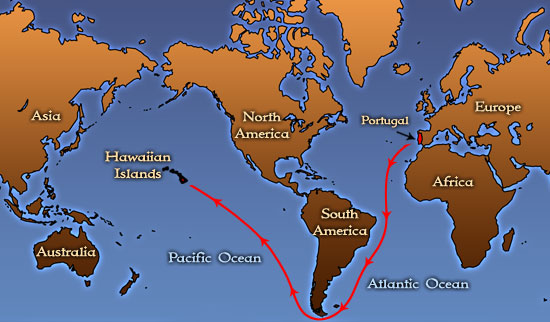 In 1879, the British army was fighting a war near South Africa in order to expand their empire and reap the economic benefits of the natural resources there. Thomas Edison was nearing the completion of his incandescent light bulb. For the very first time, women were admitted to study at Oxford University in England. The state constitution for the state of California was ratified.

Immigrants were moving in large numbers around the world, and although no one knew it yet, events leading up to World War I were being to unfold. There was turmoil as labor unions began to form throughout the U.S. and Europe, and imperialism was on the rise.

But what does all of this have to do with the ukulele?

How the Portuguese Came to Be in Hawaii

The Portuguese didn’t land in Hawaii by accident, and to understand why they were there in the first place, we have to take a look at the history of colonization in Hawaii going all the way back to the 1700s.

British explorer James Cook is widely recognized as the first European explorer to make contact with the people who lived in what is now the Hawaii in 1778, and within a few years of his arrival, had established the first unified Kingdom of Hawaii. Agriculture and economy began to replace the traditional way of life for the people who had lived there, largely ignored by the rest of the world for hundreds of years. But now, with the spread of imperialism throughout the world, the Hawaiian islands were seen as a commodity to be acquired for political and economic power.

Naturally, the wealthy industrialists and capitalists wanted to find a way to make money from the land and the natural resources, so they started plantations similar to the ones that were currently being operated in the U.S. to grow cotton and other valuable crops. The first large-scale sugar plantation started in 1825 in the Hawaiian failed after four years. But the second one started in 1835, was a success. 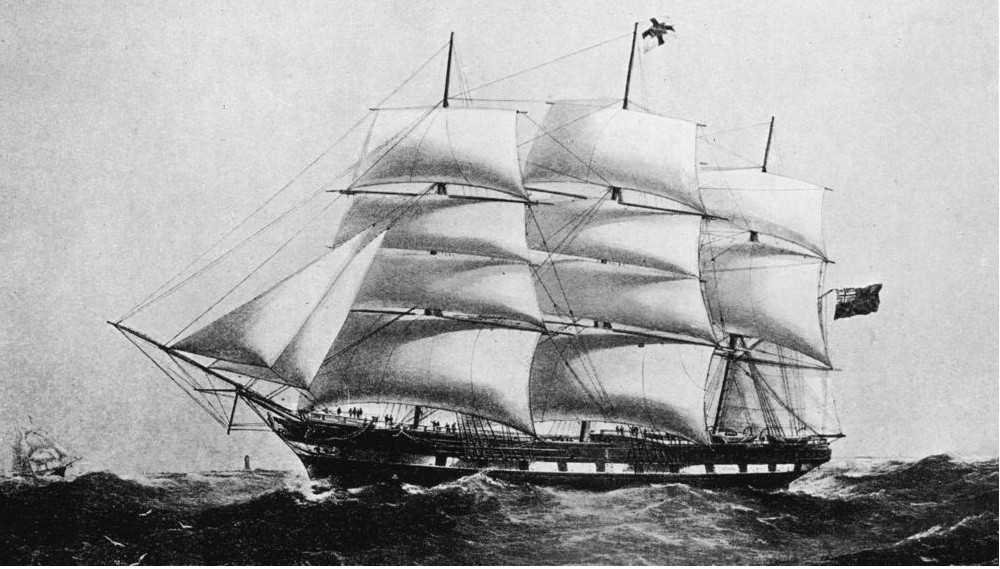 By 1879, the capitalists who ran the sugar plantations needed workers, since the indigenous population had already suffered from disease and had a healthy mistrust of the European colonizers. In 1878, King Kalākaua continued his policy of creating closer ties with the European nations and encouraged immigrants from the Azores and the Madeira islands to come to work the plantations in Hawaii. Unlike the immigrants from China that had previously worked in the plantations, the Portuguese brought along their families – wives, children, parents – to start a new life in Hawaii.

When the second boat of Portuguese immigrants arrived at the end of August 1879, they brought with them many of their traditional instruments like the machete, cavaquinho, timple, and rajao. Of these, the machete is the instrument that is credited as the precursor of what we have all come to know and love as the modern ukulele. 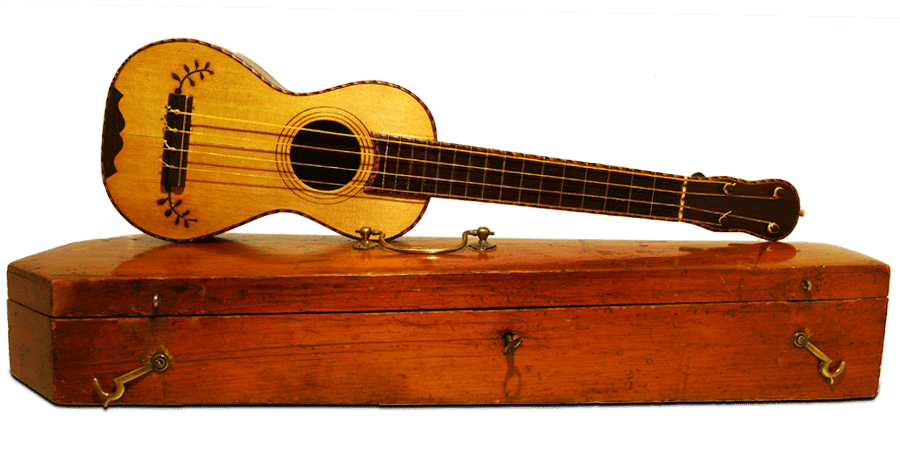 So is the ukulele actually from Hawaii?

If you are still wondering if the ukulele is actually from Hawaii, the answer is a complicated combination of yes and no. The forerunners of the ukulele mentioned above all actually originated in Portugal, and there are some photographs and historical records of a four-stringed machete (miniature guitar) being made and sold to tourists in the Madeira Islands as far back as the early 1850s.

When the machete was brought to Hawaii in 1879, King Kalākaua was immediately drawn to the charming little instrument and insisted on it being made a part of all state functions, dinners, and events. The name of this new instrument was supposedly changed to “ukulele” (which translates to “jumping flea”) in a nod to the nickname of one of King Kalākaua’s officers, an Englishman named Edward William Purvis. Purvis was a small, fidgety man who was reportedly a highly skilled player of the ukulele.

The ukulele was quickly adopted as a popular Hawaiian instrument and became to be closely associated with the Hawaiian culture. King Kalākaua did his part to share his love of the ukulele, and it certainly worked. It became such an important symbol of national pride to the Hawaiians that when the Kingdom of Hawaii was overthrown by wealthy U.S. capitalists in 1893 following the death of King Kalākaua in 1891, the ukulele was used to write beautiful songs of protest and loyalty to his successor, Queen Lili’uokalani.

Much like the pineapple, which was not known in Hawaii until growers started plantations there in the early 1900s, the ukulele has become so closely associated with Hawaii that it’s almost impossible to untangle the two. Uncovering the history and origins of the ukulele reveals some fascinating history of the U.S., England, and the push to colonize the world in the 19th century. 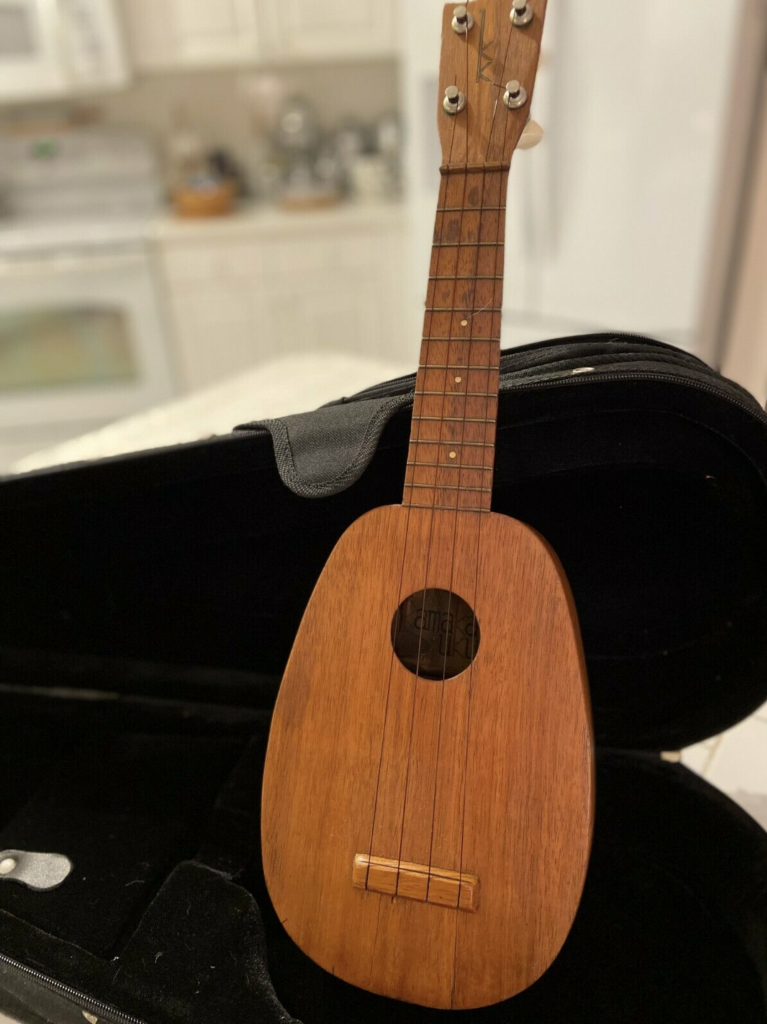 How to Play the G7 Chord on the Ukulele