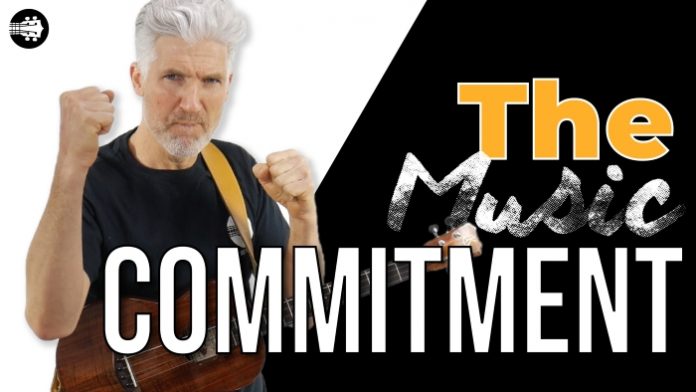 In December 1993, after playing baseball for most of my life, I walked into the coach’s office and I quit. The joy of playing the game had left my heart. All I wanted to do at the time was hang out with my friends and play music. Although this decision would haunt me for many years, it was ultimately the right decision for me.

But what do I do now? I had literally been groomed as a child to be a baseball player. It was my identity and what I was supposed to do with my life. Maybe it was my Mom’s dream, or my Grandpa’s, or even mine, but the passion for baseball that had once filled my spirit was gone.

With baseball over, I had no idea what to do. The only thing I knew was that I loved playing guitar and I would continue my education. So, I went back to Grossmont College to take more classes. With baseball over, I was more committed to my classes, and actually started to do pretty well with my grades. I was still figuring out what I should do with my life and besides school I was playing a lot of guitar and jamming with my band.

Then came the suggestion that would ultimately help me find direction. One of my bandmates, Mike, the bassist of our group, suggested that we take the Music Theory for Guitar class. I felt I was already a pretty good guitar player, but I was interested in learning more about theory, and a class that taught it through guitar was perfect for me. So Mike, Dennis, another guitar player in our band, and myself, signed up for the class.

The class was taught by the great guitarist, Fred Benedetti. Fred was a world-class classical guitar player, and he had a great demeaner and a kind soul. He was the perfect teacher I needed at the time. Fred taught us music theory, but we learned it by playing and applying the concepts to the guitar fretboard. It was so cool because my main focus was to simply play guitar, and this allowed me to do that while learning the fundamentals of music. We covered key signatures, learning the fretboard, scales, chords, and music reading. This one class opened up the world of music to me, and started the sparks that would ultimately lead me to a career in music.

The Music Theory for Guitar class got me more interested in music, but I still wasn’t ready to become a music major. . .  not yet at least. It’s now Fall 1994, and I still had a big load of general education classes, such as Introduction to Literature, Modern American Civilization, and Spanish III. But I decided to continue with music, and also signed up for the Music Theory for Guitar II class. By this point I was on my own, as Mike and Dennis didn’t continue on with our music theory journey.

I got an “A” in Music Theory for Guitar II, but I was still a few months away from making the commitment to music. In Spring 1995, my class load consisted of Advanced Composition, Structure/Concepts of Math, Physical Education, Spanish III, and Commercial Music Skills. The Commercial Music class, also taught by Fred Benedetti, consisted of a bunch of various instruments, with us learning to play a variety of styles of music, including Reggae. I remember that we had to learn how to play Get Up Stand Up by Bob Marley. I remember this because I really struggled learning how to play Reggae guitar that focused on playing on the offbeat. I would sit with the Bob Marley LIVE CD, Uprising, and practice that song over and over again until I got better at it.

After that semester, the decision literally happened in an instant: I’m going all-in with music. I loved music, and since I really couldn’t think of anything else, I wanted to do it for a living. So in 1995, at 21 years old, I decided I would commit to myself to do music for the rest of my life. Now, over 25 years later as I sit here and write this, I think back to my amazing journey in music. A journey that all started when I decided to make the commitment to music.

Should You Be Playing A Tenor Or Baritone Ukulele?