Chat with us, powered by LiveChat
Top Posts
What are the Differences Between a...
Which Ukulele Is The Smallest?
Top 3 Ukulele Strings
How to Find all the Ukulele...
Is it necessary to buy a...
What is a Baritone Ukulele?
Top 5 Electric Ukuleles
Top Tips for Ukulele Players Embarking...
The 3 Best Ukulele Tuners
Ukulele Lessons Near You?
Home Terry's Corner The Beginning
Terry's Corner 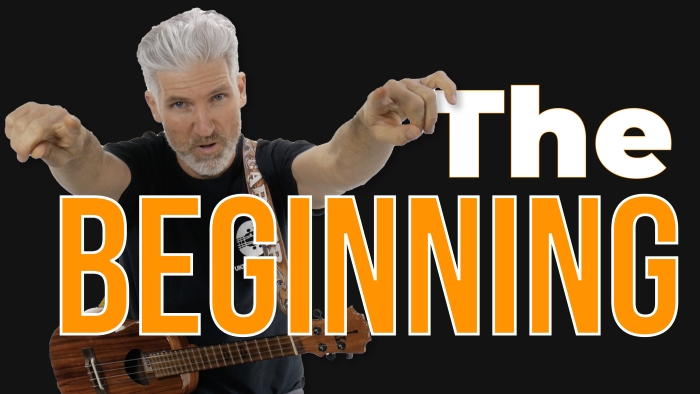 I began playing the guitar when I was 14. At the time I lived on a cul-de-sac, and I decided to borrow an Hondo electric guitar from a kid that lived across the way from me. Although it was a cheap guitar, it looked cool, with a red finish where you could see the tiger striping in the wood underneath.

This was right around Christmas time, and we headed to my grandparents cabin in Lake Arrowhead for our annual family Christmas trip. I took that guitar with me, and even though I had no clue how to tune it or play it, I sat upstairs trying my best to figure some stuff out. At some point I traded for that guitar and I held onto it for many years, though I eventually ended up giving it away to someone.

There were two things that drew me to the guitar. First was MTV. I fortunely (or unfortuanelty) was a child of the MTV era. When MTV began in 1981, I was only 8 years old, but I remember it finally put a face to all the music that I used to hear on the radio.

At 8, I wasn’t going to many concerts, so this was my chance to put a face to the rock stars of the time, and see them in action. I remember they used to play Michael Jackson’s Thriller at the top of every hour. Since the Thriller video is almost 8 minutes long, it felt they played it all the time. It was a great song and cool video, but at some point you used to dread the top of the hour.

Besides Thriller, and songs like Money For Nothing by Dire Straits, it was all about Van Halen for me. Eddie Van Halen was a guitar hero to all of us future guitar players. Maybe it was his playing, his 80’s-influcnced clothes, or how cool he looked blowing smoke rings with his cigarette, or the great songs like Hot For Teacher, Jump and Panama. Whatever it was, I was hooked.

The second thing that got me into the guitar was my neighbor, Junior. Junior and I were about the same age, and he lived right next door to me. We used to hang out as kids, playing in the cul-de-sac and listening to Guns and Roses debut album, Appetitie For Destruction, blasting out of the boom box. Yes, I said boom box—the same ones that used to have a cassete player in it. WOW, cassette player, now I’m really dating myself, but it was awesome.

I was a baseball star at the time, and I remember when Junior got his first Fender Strat. It was Olymipic white with a Rosewood fretboard, and it looked amazing. It was a leftie, since Junior was left-handed, and he reminded me of Jimi Hendrix. Junior took lessons and went all in on the guitar, playing it all the time and even doing some gigs at an early age.

While I loved the guitar, my time was split between music, sports, and playing with friends. Junior and I would jam from time to time, but I was competitive, and even a bit shy about playing with others, as I believed that I was much better than I actually was.

I definitely regret not jamming more with Junior. I can credit him for letting me borrow the Van Halen VHS tape, Without A Net, that I would rewind Eddie’s famous 15-minute guitar solo over and over again until I had it complelety memorized. I couldn’t play it, but I knew it in my heart and my soul.

Fast forward now a few years and I found Led Zeppelin. I don’t remember how I discovered them. My dad had a great record collection, and he would come home every night from work and sit in his Man Cave and listen to his music. He had some of the coolest reecords, such as Eric Clapton, The Eagles, Fleetwood Mac, Supertramp, and Bob Seger, but oddly enough Led Zeppelin was missing.

Mabye I heard Led Zeppelin on the classic rock radio stations that my dad was always listening to. When a new song began, he used to quiz me on the artists and song titles.  I was pretty good with the song titles, but as a kid I would get the bands mixed up.

Somehow I got a copy of Led Zeppelin’s concert, The Song Remains The Same, and it was all over. Jimmy Page became my guy. I loved his guitar style, his playing, his songs, his solos, and how cool he looked with that 1959 Gibson Les Paul hanging from his shoulder.

Oddly enough, it wouldn’t be for many years until I got my first Les Paul. Even though I loved Led Zeppelin as a band, their great songs, Robert Plant’s bluesy/soul voice with his amazing range, John Bonham’s hard-hitting groove, and John Paul John’s cool bass lines; for me, it was all about Jimmy’s guitar.

I’m not sure why, but it was the fingerpicking that always got me. I had no idea that he was basically just playing arpeggios, but to me it sounded like the coolest thing in the world. The way he would string together the notes and chords in songs like a beautiful symphony orchestra made me want to play just like him.

I loved songs like I Cant’ Quit You Baby, Whole Lotta of Love, The Rain Song, and Black Dog, but the song that did it for me was Babe, I’m Going To Leave You. It was all about the picking of the acoustic guitar throughout the song that had me hooked. I don’t remember how, but I was able to get the book, Led Zeppelin Complete.

This book contained every Led Zeppelin song written out in TAB and chord diagrams. I didn’t realize at the time that it was an easy version of the songs, though honestly it wouldn’t have mattered because it sounded close enough to the original and was still very hard. I still have this book.

So off I went, on my own, to learn the epic (at least in my mind) Babe, I’m Going To Leave You. I used to sit at my uncle Skip’s house in La Mesa and practice that song over and over. I couldn’t figure out how Jimmy was able to switch chords and play those arpeggios so fast. But, I was diligent, and I would practice and practice that song.

Once I finally got it up to speed where I could play it and make it actually sound like the song, I would play it for other people. The great thing about Babe, I’m Going To Leave You is that people recognize it right away, and are pretty impressed. This made me look pretty cool.

Although I would move on to other arpeggio-based songs, like Stairway To Heaven, House Of The Rising Sun by The Animals, Little Wing by Jimi Hendrix, and Ain’t Talking About Love by Van Halen, it is still, even to this day, all about Babe, I’m Going To Leave You. Although I still can’t sing and play it at the same time. Maybe one day.

What a story! While you probably would have been an awesome baseball player, I’m glad you change to guitar/music. I really love that you developed Uke Like the Pros.

What a story! While you probably would have been an awesome baseball player, I’m glad you change to guitar/music. I really love that you developed Uke Like the Pros. 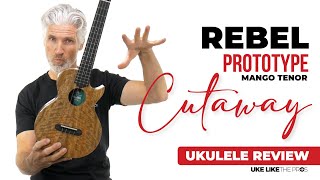 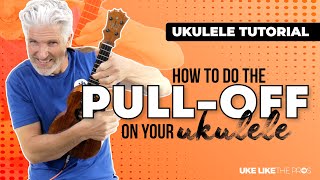 active
How to do Pull-Offs on your ukulele! | Ukulele Technique Tutorial 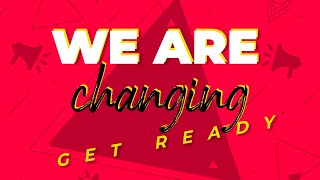 active
NO MORE UKULELE COURSES! This is your last chance!
Prev 1 of 403 Next