Chat with us, powered by LiveChat
Top Posts
Ukulele Bass: Everything You Need To...
Why Is It Necessary to Learn...
Ukulele Case… Do you need one?
The 10 Best Affordable Ukuleles
Can You Play Any Song on...
Ukuleles Made in Hawaii
Everything you need to know about...
What Are the Advantages to Playing...
Is It Hard to Play the...
Ukuleles That Use Metal Strings
Home Terry's Corner Ocean Way Studios
Terry's Corner

I’ve mentioned it a few times, or perhaps many times, that I spent almost two decades as a studio guitarist in Los Angeles. So what exactly does that mean? Well, I can tell you that I was an honest-to-God working musician, who paid my taxes to the government playing guitar. As in, unlike so many other dreamers in Los Angeles, I was not a waiter moonlighting as a musician.

Now being a full-time studio musician meant that I wore many different hats, and I’ll be sharing with you in this blog what some of those hats were. For example, I wasn’t always playing a guitar. Or a banjo. Or a mandolin. Or any of the other instruments I regularly recorded on at the time. My Josh Groban gig comes to mind, but alas that’s a story for another day. 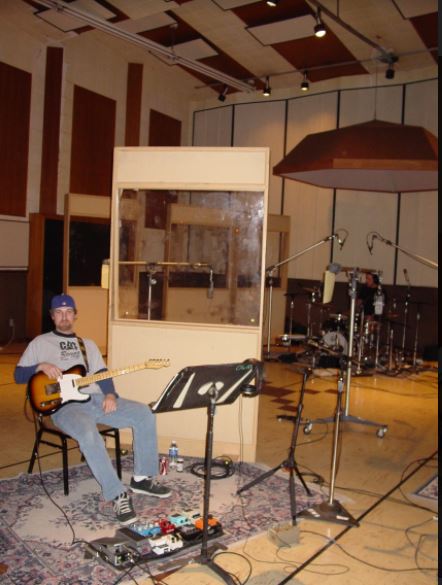 The year was 2008, and I was in the prime of my Los Angeles studio days, when I met up with a musician named Tasos. We formed a 4-piece rock band called Ocean Tribe, driven by powerful guitar riffs, funky drumming, smooth bass lines, and a flamboyant frontman.

I had a neat little studio in Monterey Park that was a part of my grandpa’s workshop. My grandpa was a wonderful man whom I loved and respected, and he allowed me to turn part of his enormous shop into a rehearsal and recording studio.

To call it a studio might be an overstatement. It was actually a huge barn-like building, which must have been one of the few structures in the area back when Monterey Park—only 5 miles south of Downtown Los Angeles—was mainly open land.

The original street the studio was located on was called Coyote Pass Road (later changed to Monterey Pass Road). It got its name from the old Wells Fargo stagecoaches that used to come through, and the drivers would comment on hearing and seeing coyotes in the hills. It seemed nicely poetic to call the studio Coyote Pass Studios.


I first met Tasos at a small, and I mean really small, bar called the Kibbitz Room, that is attached to a famous Jewish deli called Canters. Canters is in the heart of Hollywood, and even though it is odd to have a bar attached to a deli, the food is delicious and the music is loud.

The Kibbitz Room has a stage that is roughly 4 feet by 8 feet, and has seen big acts such as Guns N’ Roses, Joni Mitchell, and the Red Hot Chili Peppers perform there. I went to the Kibbitz Room that night to back some young aspiring singer for an open mic. I don’t even remember who it was that I was playing with, as Los Angeles is filled with thousands and thousands of musician transplants looking for stardom, and Lord knows I played with a good handful of them. 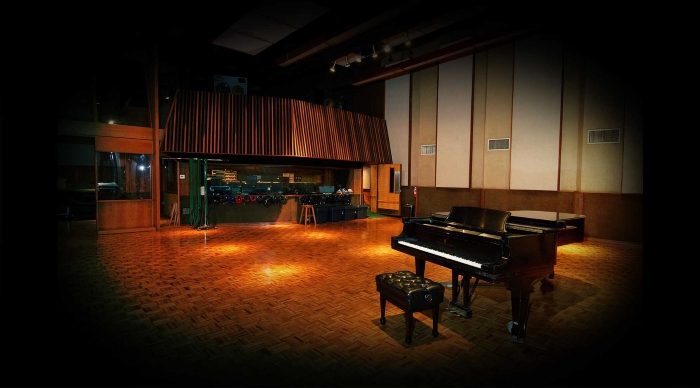 What I do remember that night was seeing Tasos play, and during his performance he mentioned that he was looking for musicians with whom to write songs and record. It seemed like perfect timing, as I had recently broken up with my last band and songwriting partner, and I was looking for another opportunity to play and write.

Tasos and I hit it off well enough. He mentioned he had some songs he wanted to record, and I mentioned I had a studio. After jamming a few times at Coyote Pass Studios, we decided to record an album.

The idea was to use a bass player and drummer that already knew his songs, and head into a big studio to record the basic tracks to 4 songs. We figured we could get the drums, bass, and rhythm guitars cut at a professional studio, and then finish the rest of the album at my studio.

It was a Tuesday morning, and Tasos decided to call Ocean Way Studios to see if we could book some studio time. Ocean Way Studios, on the famed Sunset Blvd, was one of the most famous recording studios in Hollywood. It was sold in 2015, and is now called United Recording Studios. Whatever its name, I have to tell you it’s almost a religious experience as you walk down the hallway and see all the gold records lining the walls.

It just happened that Ocean Way had a 4-hour block available that Tuesday night in Studio A. Studio A is the biggest of the recording rooms they have at Ocean Way/United, and it’s really the room you want to record in. This wouldn’t be my first time recording there, as I had previously recorded another project at the studio, but it was still something that I got very excited about.

Later that day, the time came for the four of us to make our way down to Sunset. It was Tasos, myself, a guy named Doug on bass, and a drummer, whose name I confess I do not remember. Since we only had a limited time to record, we basically got in the studio, got setup, got some sounds, and started to record.

Now 4 hours may seem like a lot of time to record 4 songs, but it really goes by super fast. It can take more than an hour just to setup and get some sounds. I remember that there was this big octagon canopy that came down from the ceiling and went over the drum kit, and that we used 16 microphones on the drum alone.

I usually used 4 mics to record drums back at my studio, so 16 was pretty impressive. Studio A was a huge room, the drums were on the back wall, Doug and I were in the middle of the room with our amps in isolation rooms to avoid feedback, and Tasos was in an isolation vocal booth.

For my setup, I was using my sunburst Fender Telecaster, my cream colored Fender Stratocaster Plus, and my red Gibson ES-335 (named “Ruby”), a Fender Deluxe amp, and my pedal board that was a full setup with wah-wah pedal, distortion, chorus, overdrive, delay, phaser, and compressor.

We were all in headphones so we could hear one another, and off we went. I don’t remember much the session itself, as once you get in the zone, you’re just concentrating on playing your part and locking in with the other musicians. Plus, there is something spiritual being there in such a famous studio and feeling the ghosts of musicians such as Frank Sinatra and Eric Clapton seep into your soul.

We recorded old school style, meaning we all recorded together at the same time. The vocals, however, were only there to help us get through the song, with the intention to re-record them later once tracks were completely done. I think we did 2 takes of each song, and spent the last hour getting some quick mixes of the songs.

I’ll tell you, there is just something cool about being in a big professional studio, with an amazing mixing board, racks of outboard gear such as mic-pres and compressors, and being in a multi-million-dollar room that was designed to do one thing and one thing only, record (hopefully) great music. I truly love being in studios such as Ocean Way.

These 4 tracks that we recorded at Ocean Way Studios became the basis of the 1st Ocean Tribe album entitled, The Zen of Rock and Roll. How we finished the album, and later recruited the permanent bass player and drummer, are stories I’ll save for another time.

Thanks TC, very interesting, and unforgeatable moments for sure !

Thanks TC, very interesting, and unforgeatable moments for sure !