Chat with us, powered by LiveChat
Top Posts
Basic Ukulele Chords Everyone Should Know
Which Ukulele String Is the Thickest?
How Ukulele and Guitar Are Different
Ukulele Keys And How To Understand...
Are Ukulele Strings Metal or Plastic?
Ukulele Jam Sessions!
Is the Ukulele Easier than the...
How to start playing your Ukulele...
10 Ukulele Icons You Should Know...
The Ukulele is Easy to Learn!
Home Ukulele My First Paying Ukulele Gig
Ukulele 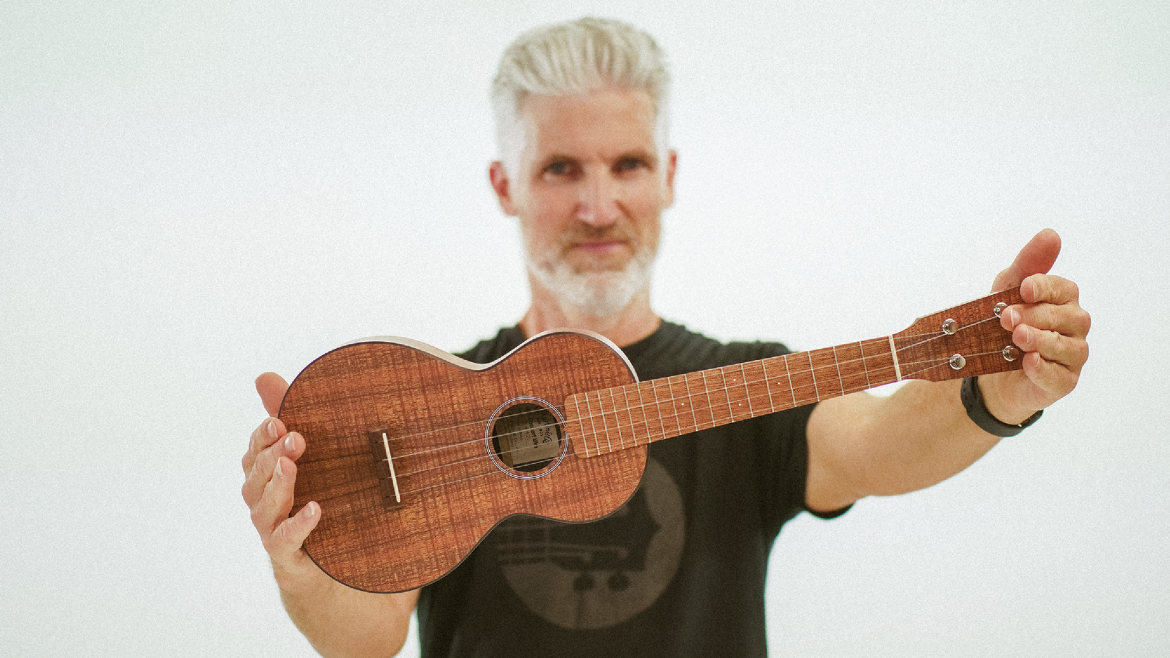 Ok, you may find this hard to believe, but I actually had my first paying gig as a full time ukulele player last Saturday.

I know what you must be thinking: what the hell?

You’re trusting me to teach you ukulele and you may have already done more paying ukulele gigs than I have.

I’m shocked myself; but when I really go to think about it, it’s true.

Many of you know that I have spent my musical career as a educator, studio musician, and composer.

Even though I began playing ukulele back in the 90’s (yikes!), it has only been the last 2 1/2 years that I became completely dedicated to ukulele.

Then life happened, which included twins, an up-rooting from Los Angeles after 20 years to move back to San Diego, and a focus on my family and the Uke Like The Pros website.

I didn’t really have the mindset to do a lot of gigs. I had responsibilities as a father and husband to be home and not be out late working.

So I essentially didn’t take or look for a lot of gigs.

Now don’t get me wrong, I have done quite a bit of playing during this time, including several sold-out concerts at Santa Monica Performing Arts Center (although I was technically paid by the college for those performances, they were with my classes, so I don’t really consider them the “gigs”), numerous beach jams (and some people came up and put money in my ukulele case, but again i don’t consider them gigs), and bi-monthly gigs at my church (but I volunteered my time and wasn’t paid).

Plus I have filmed probably over 300 lessons in the last 18 months, and even though I get income from that, again I don’t consider them the same as a paying gig.

You may have read my connection with Ukulele Ray who passed away about a month ago. He was the one that got me back to being excited about playing gigs.

And even though we didn’t get to do a gig together, I realized that both my schedule and heart had opened up to wanting to get out and play again.

So last week I got a call from Ukulele Ray’s longtime girlfriend, Olivia, and she said she had a gig on Saturday, and would I play lead ukulele?

She went on to say that I’d be playing with Ray’s band, which included drums, guitar, and a fantastic bass player (who use to play with Meat Loaf). She even had a sound and light guy booked.

Little I did realize that I wasn’t just the lead ukulele player, but also the lead singer, and band leader for this two-hour gig.

So. Since I like to be prepared, I talked to the band and we decided on some tunes that we were going to play; pretty standard stuff for gigs of this sort (which, incidentally, was a celebration in Encinitas (where I surf) for a woman who had just graduated nursing school).

The setlist was basically some Beatles, The Doors, and other classic rock hits like “Born To Be Wild,” “Sympathy for the Devil,” “Folsom Prison Blues,” “Hound Dog,” “Stand By Me,” and etc.

Although I knew many of the tunes, there were a handful of them that I didn’t play on ukulele. So into the woodshed I went.

I don’t know if you have ever had to learn 12-15 tunes within’ a few days, but there’s really nothing you can do except put your nose to the grindstone and grind it out. And so, that is exactly what I did.

Come Saturday afternoon, I was feeling pretty good about the gig: I had worked on all the tunes, warmed up my voice, and had my notes for some of the songs that I wasn’t too familiar with.

And the gig went great. We rocked the party for two hours, played the entire setlist, and even had to improvise a few requests. The crowd danced, and everyone enjoyed the music and had a good time.

Now as you know, I set very high standards for myself, but I have to say that by the end of the night I’d had fun playing for a group of people, playing with new musicians, and getting to take extended solos so people could keep dancing.

But do you know what the best thing was? At the end of the night, we got paid. It was only then that I realized whoa, I think this was my first paying gig as a full-time ukulele player.

Either way, thanks for everything and I’ll talk to you soon.

The Most Important Strum Pattern Ukulele – The Grandaddy

Should You Be Playing A Tenor Or...