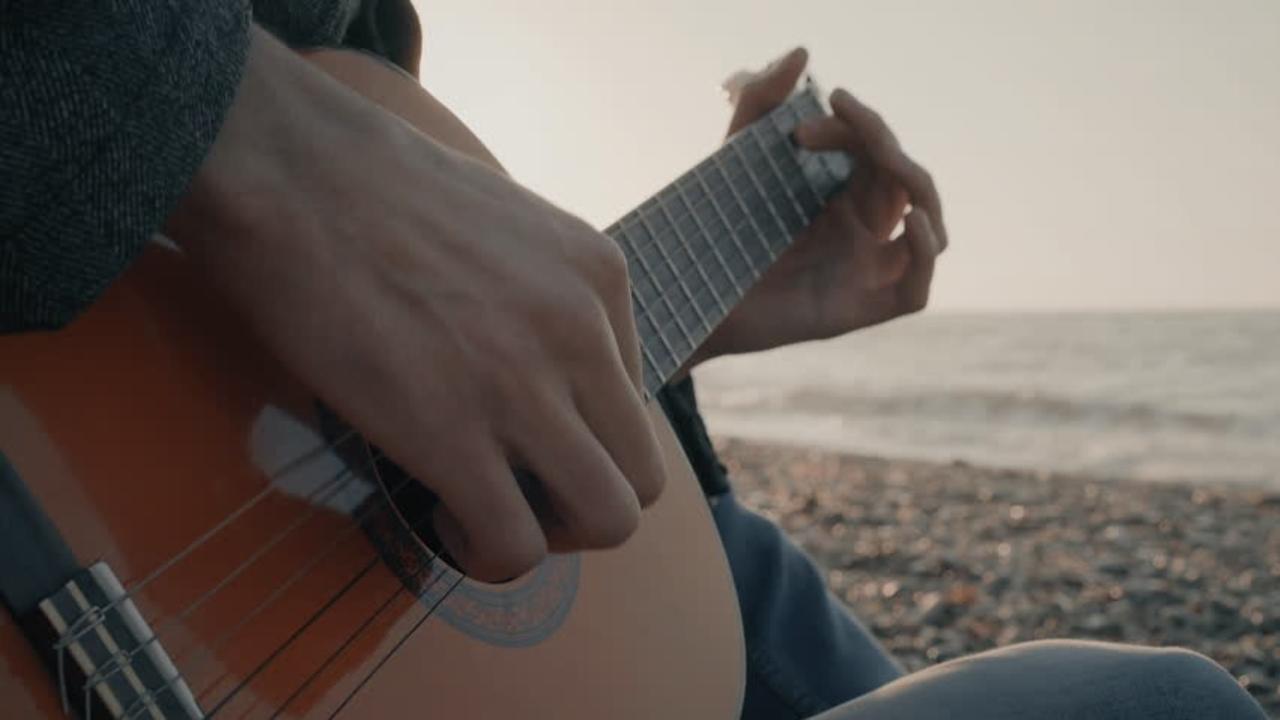 I have been fortunate in my career as a musician.

I have worked with some big names in the business (Josh Groban, Weezer, Robbie Krieger, Los Angeles Philharmonic) and been put in some fairly high pressure situations.

How do you respond when your in high pressure situations?

Is being a good performer something that you born with or is it a skill that you can develop?

Even though this year alone I have done well over 200 live videos on Facebook and YouTube, I haven’t always had such confidence when it came to playing in front of others.

When I first starting dating my wife, Heather, back in 1997 I was an undergraduate at San Diego State University. I was a guitar player studying Music Education and Jazz Studies and was dedicating every second I could to practicing.

Although I had played in several bands up to this point including some original rock bands and even a Top 40 band (hopefully that video never surfaces), I never played solo in front of people.

I was new to the jazz world and was working on some chord melody arrangements of songs like “Autumn Leaves”, “All The Things You Are”, and “Don’t Get Around Much Anymore.”

Once I got the arrangements to a point where I thought that I could play them, it was time to go and put my skills to the test.

Heather and I decided to go to a local coffee shop so I could play a few tunes for an open mic. If you have ever been to an open mic you know that you sign up and then basically wait for your turn.

At the time I had the persona of a cool laid back southern California jazz guy but as I was waiting to play I was a mess inside. I was nervous and didn’t know how things were going to go.

When it was my turn to play I remember walking up to the stage, putting my arrangements on the music stand, and started to play.

I remember that as I was playing I buried my head in the music, I was too scared to even look up and acknowledge the crowd. I simply went from tune to tune without showing any emotion or engaging the audience with information about the music I was about to play.

Thanks for my wife having an unbelievable memory she told me that I never smiled once, and had a determined, almost angry look on my face the entire time.

She even recalls that a guy came up to talk to me about the new guitar I had, a beautiful blonde Gibson L4 that I had just bought and that I basically answered him in very short answers like I wasn’t interested.

But the reality was, I was nervous and scared.

It takes a lot of courage to get up in front of people and play music by yourself. Matter of fact I have a close friend who has performed with people like Stevie Wonder, Josh Groban, Christina Aguilera, and Backstreet Boys and he says that playing with a band to a sold out arena is no problem, but playing a solo gig for a wedding scares him to death.

So, how did I go from a scared and nervous jazz guitar player playing in a coffee shop of 20 people to a confident ukulele performer who broadcasts hundreds of LIVE videos to the world?

It’s all about having the right mindset, being prepared, have the proper practice routine and visualization.

That’s right, I believe that anybody can learn to be a good performer. I don’t believe that you’re either born with it or you’re not.

I’m so excited to offer a new course called Performance Confidence Builder. This 8 Week class will change the way that you practice and teach you the mindset that is necessary to conquer your nerves and be a dominant performer.

Here’s the deal, the course is limited to 8 people and I already have several spots filled up.

The class starts next week so time is of the essence.

If you’re ready to conquer your performance fears and learn how to practice and prepare like a pro then this will be a perfect class for you.

CLICK HERE TO LEARN HOW TO CONQUER YOUR PERFORMANCE FEARS

Thanks for reading and I look forward to talking to you soon,

Guitar vs Ukulele! What Are The Main Differences Between them?

Guitar vs Guitarlele: What’s The Difference?

Guitar vs Ukulele! What Are The Main Differences Between them?

Promoting Your Music on YouTube: Tips for Ukulele Players