Chat with us, powered by LiveChat
Top Posts
Basic Ukulele Chords Everyone Should Know
Which Ukulele String Is the Thickest?
How Ukulele and Guitar Are Different
Ukulele Keys And How To Understand...
Are Ukulele Strings Metal or Plastic?
Ukulele Jam Sessions!
Is the Ukulele Easier than the...
How to start playing your Ukulele...
10 Ukulele Icons You Should Know...
The Ukulele is Easy to Learn!
Home Articles 10 Ukulele Icons You Should Know About
ArticlesNewsUkulele 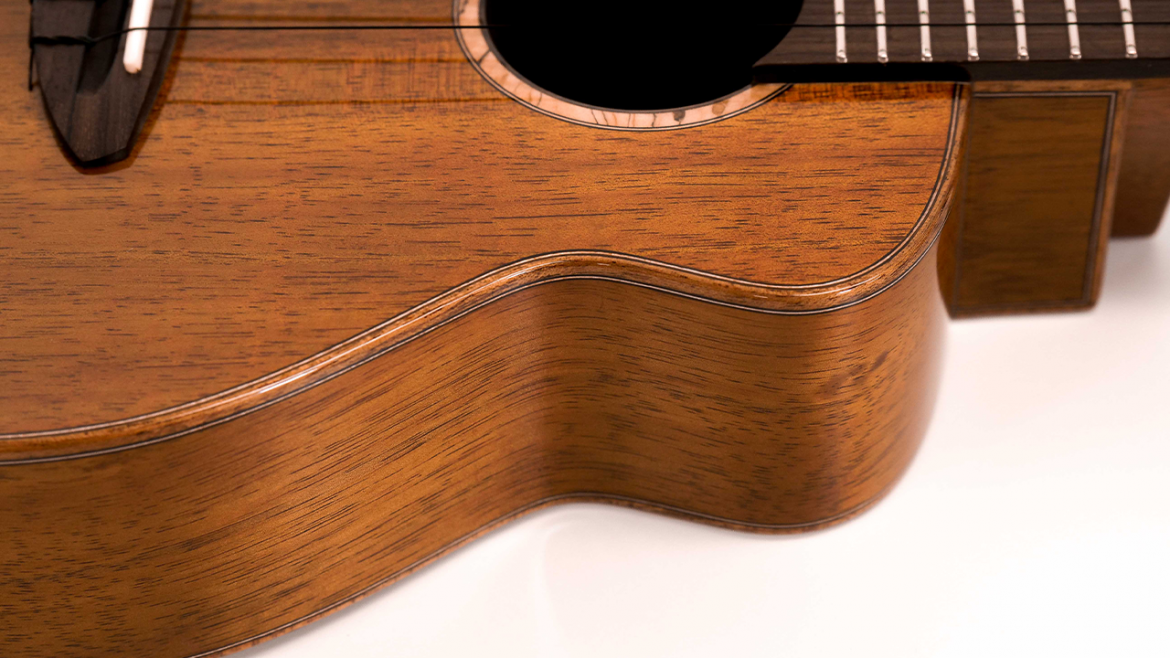 Since its creation in 1879, the ukulele has inspired millions of people to pick up the instrument and learn how to make their own music. Some of these musicians have gone to become beloved ukulele icons in both the ukulele world and the music world in general. And in the last fifteen years of this latest surge of popularity, the ukulele has been showcased by some true virtuoso musicians! Check out our list of 10 ukulele icons from the last century of ukulele!

Taimane was born in Hawaii in 1989, and picked up a ukulele at age 5. At age 13, she was discovered by the legendary Don Ho, and the rest is history! She has released six albums since 2005, including albums of her own original compositions for ukulele. She performs complex strums with ease and loves to include covers of great classical themes in her medleys of original ukulele music. Enya recently released a series of Taimane signature ukuleles, including one with her preferred 5-string configuration that has two low G strings.

Not only is Jake Shimabukuro a ukulele icon, but he also holds the distinction of being one of the first viral videos on YouTube in 2006! He was already well known in Japan and Hawaii in the early 2000s as he was starting on his solo career, but after someone posted a video of his performance of “While My Guitar Gently Weeps” in Central Park, the world was introduced to his incredible fingerstyle work and his wonderful original compositions for ukulele. He credits his mother, also an accomplished ukulele player and musician, with giving him his first ukulele at age four, and it seem he hasn’t put it down since!

One of my favorite ukulele icons is Sarah Maisel! Sarah spent 10 years studying classical music and playing violin, taking a break from studying music in college where she majored in theater and costume design. She was introduced to the ukulele in 2006 and started learning and arranging jazz standards, as well as ukulele music from Hawaii’s “Golden Age” of ukulele. She has recorded three albums of her own arrangements of jazz standards, and has toured the world performing on her ukulele.

No list of ukulele icons would be complete without a mention of Israel Kamakawiwo’ole, also known as Iz. His legendary recording of “Somewhere Over the Rainbow/What a Wonderful World” is probably one of the most recognizable ukulele songs in modern history. His first band, The Makaha Sons of Ni’ihau, released 15 successful albums, blending traditional Hawaiian music with modern lyrics and themes. As a solo artist, his album “Facing Forward” was the best selling album of any Hawaiian performer or musician, and spent 185 weeks at the top of the charts setting a world record.

In 2016, Ukulele Magazine named artist Del Rey as one of the ukulele’s most important teachers and artists. She started playing the guitar when she was four, and at the age of 13 found herself listening to the music of Tom Waits. She became “fascinated” with the ukulele in her forties, and started to play the same kind of technically complicated ragtime and blues music that she plays on the guitar. Recognizing that you can play the ukulele with the same kind of virtuosity on four strings as on six, she says, “I expect a lot out of that little instrument.”

A modern icon of ukulele music, James Hill gained recognition for his incredible arrangements and special effects on the ukulele. James was introduced to the ukulele as a fourth grade student in British Columbia (Canada) and quickly came to love the little instrument with all of its possibilities. He has recorded seven albums since his first in 2002, and won Traditional Album of the Year for the album “True Love Don’t Weep”, a collaboration with cellist Anne Janelle.

When he performs, you’re sure to get a taste of some of his innovative percussive techniques on the ukulele. His arrangements of “Billie Jean” and “Kashmir” are astounding and mesmerizing to watch. When he’s not busy recording music or performing or teaching workshops, he runs the Ukulele In the Classroom training program that teaches ukulele players how to teach music using the ukulele as the primary instrument.

One of the most important ukulele icons you’ve probably never heard of is May Singhi Breen. Born in 1891 in New York City, she was given an inexpensive ukulele as a Christmas gift. Since she couldn’t return it, she decided to learn how to play it, and by the early 1920s, her name appeared on more sheet music of popular songs than any other composer or arranger.

Ukulele players the world over owe May Singhi Breen a debt that can never be repaid! In the early 1920s, May convinced publishers of sheet music to include ukulele chords in their arrangements of popular music. She also published the first recorded ukulele lesson on a 78 rpm record in 1950! She was inducted into the Ukulele Hall of Fame in 2000, alongside other ukulele icons like Cliff Edwards and Sam Kamaka (the founder of the Kamaka ukulele company). She was the first woman ever inducted into the Ukulele Hall of Fame!

Born in Missouri in 1895, he earned the nickname of “Ukulele Ike” by a club manager who could never remember his real name! As a singer and entertainer in the early 1920s, he found himself performing at clubs where the pianos were not always in the best conditions. To make sure that he would always have musical accompaniment to his songs, he picked out a ukulele because it was the cheapest instrument in the shop and taught himself to play.

At the same time that May Singhi Breen was convincing music publishers to include ukulele chords on their published sheet music, Edwards was performing with his ukulele on Broadway and later in moving pictures, adding to the popularity of the ukulele in the United States. In addition to his ukulele recordings, he’s widely recognized as one of the most popular singers and entertainers of the 1920s.

Cynthia Lin is arguably one of the most recognized ukulele teachers on YouTube. Her video tutorials have amassed over 60 million views since 2015, and she is the creator of the 100 Days of Ukulele Songs Challenge! She started playing violin and piano as a child, and then received a guitar as a high school graduation gift. While she majored in economics and worked in that field for a few years, it was apparent that music was her true calling. Even though she claims that her ukulele skills are just “modest,” her “Ukulele Days” album charted at #15 on the list of Billboard Jazz albums in 2017. Not too shabby!

Born in 1900 in Reading, Pennsylvania, Roy Smeck was an extremely talented multi-instrumentalist. His performance credits include Franklin D. Roosevelt’s inaugural ball in 1933, and King George VI’s (UK) performance review in 1937. His talent at playing the guitar, banjo, and ukulele earned him the nickname “The Wizard of the Strings”. While he was a gifted instrumentalist, he wasn’t recognized for his singing abilities, and so to compensate for that, he began to create intricate dance routines and tricks for his act on the vaudeville circuit. Some of these tricks included playing the ukulele behind his back, with his teeth, or with a violin bow!

In addition to making over 500 recordings during his 60-year career, he is also the inventor of the Vita-Uke by the Harmony music company. This sweet little lute-shaped ukulele fell somewhere between a soprano and concert-sized instrument.

I think we can all agree that these ukulele icons have changed the world for the better by their contributions to music through the ukulele! Do you have any favorite ukulele icons that have inspired you to be a better ukulele player? Share them with us!